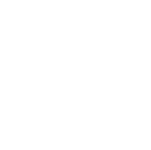 On this 3 hour private tour you’ll be able to travel through the legacy of the three great cultures that inhabited Malaga.

We’ll begin by going back in time until the High Roman Empire period. When emperor Augusto ordered Malagas’s Roman theatre to be built.You’ll walk through its grandstands and stage. You’ll find out how this witness of Hispania Romana (Iberian Spain) fell into oblivion and was rediscovered in the XXth century.

We’ll go forward 1000 years in time while we climb to Malaga’s Citadel. You’ll discover all the history held in its walls and its palatial rooms. From the highest point you’ll be able to delight yourself with amazing panoramic views of the city and the Mediteranean’s blue.

Our tour finishes between the XVth and XVIIIth century at Malaga’s cathedral. Inside, you’ll get to know the history of this jewel of the Spanish renaissance while you walk through its impressive choir, its High Altar and its chapels laden with works of art.

The history of Malaga in the palm of your hand! Will you travel with us?

Do you want to book your private tour through Malaga?

Do it with 100% safety and with immediate confirmation.

Do you want to exchange a gift?

Have in mind this information and suggestions before starting

Difficulty; medium-low. Not accessible for handicapped people. We recommend the use of baby-carriers, the route goes through sections of stairways not suitable for carriages.

Entrance to the Roman Theatre’s performance center.
Located on the map

Comfortable footwear. Be 10 minutes before at the meeting point. Have the digital or printed reservation document.

If you have any questions, contact us and we will solve it immediately.

If you are in the city of Malaga, you can continue enjoying experiences like these.

Don’t leave without trying them

The Heart of Malaga

So you won’t miss
our 360 experiences…

Would you like to be connected with the best videos, posts and activities in Andalusia?

Login to Andalucia 360 Travel
Reset Password
Enter the username or e-mail you used in your profile. A password reset link will be sent to you by email.

You can find out more about which cookies we are using or switch them off in settings.

This website uses cookies so that we can provide you with the best user experience possible. Cookie information is stored in your browser and performs functions such as recognising you when you return to our website and helping our team to understand which sections of the website you find most interesting and useful.

This website uses Google Analytics to collect anonymous information such as the number of visitors to the site, and the most popular pages.

Please enable Strictly Necessary Cookies first so that we can save your preferences!